Duolingo has officially launched in China, and is available on Android, iOS, Windows and Huawei devices as well as the Web.

In addition to courses in English and Spanish, Duolingo launches Japanese, Korean, French and Italian, giving China’s 10 million users 6 languages to learn for free on the platform. Significant improvements have also been made to the English course, doubling the amount of content available. Alongside these developments, Duolingo has established its first global office outside the US in Beijing, and currently seeks local talent to build a strong team to drive growth in China.

Demand for the platform to launch in China has risen steadily over the past few years, with Duolingo receiving frequent requests from Chinese users hoping to learn English and other languages on this popular platform. In the current domestic language education market, there is no product that can fully satisfy users’ online learning of multiple languages. With the launch, Duolingo has opened its first office outside the United States in Beijing, and has hired local tech and creative talent to ensure the platform meets the needs of the Chinese consumer.

To date, Chinese users could only learn content via English instruction, but now they can learn directly through Chinese. In addition, the Chinese team is also focusing on more localised content, doubling the English learning content created for Chinese users, and combining with WeChat to create social learning scenarios.

Since its launch in 2011, Duolingo has become the world’s leading language-learning platform, with a mission to make high-quality education accessible to everyone in the world, from students looking to attend college abroad, to grandparents looking to reconnect with family. Duolingo only requires a screen, an internet connection and a few minutes a day to make language learning possible.

Over the past eight years, Duolingo has seen exponential growth in users — from an initial aim to win 1 million dedicated followers, the platform now services 300 million language learners around the world. This tremendous expansion has been accomplished organically by word of mouth rather than marketing promotion, with success deriving from an innovative model that directly addresses two longstanding issues surrounding language learning: its high cost, and the need for specialised tutors.

In addition to its expansion, Duolingo has also been:

Duolingo is entirely free and aims to popularise language learning for those who cannot afford tutoring. Duolingo Co-Founder Luis von Ahn maintains that no matter where Duolingo ends up, it will always remain free, forever. Ahn believes in Duolingo’s ability to improve the world by offering quality education to those without high economic standing. For Ahn, it’s simply the right thing to do.

A child’s first five years are crucial for lifelong health, physical, cognitive and social emotional development. As a child’s first teacher, parents play a critical role in early childhood education (ECE), and are spending more time with their children while they work from home. The only tertiary institute focused on ECE in Asia, Yew Chung […] 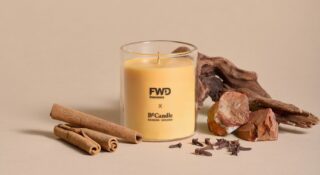 Inspired by the FWD brand’s core values, the #LiveBoundless collection has a total of five unique scents: Champion, Inventor, Advocate, Explorer and Friend.

Aurabeat introduces the world’s first FDA-cleared air purifier that can eliminate >99.9% of COVID-19

In response to the global pandemic, organisations around the world are now demanding air filter products that can eliminate bacteria and viruses, including COVID-19, rather than simply trapping them in filters.